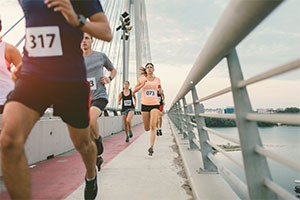 Although distance running is often associated with numerous health benefits, the impact on hip and knee joint health has been inconclusive up to this point. Long-distance running has been linked with an increased prevalence of arthritis in some studies, but others have shown an inverse association or no association at all.

To conduct their research, Ponzio et al. distributed a hip and knee health survey internationally to marathon runners from 18-79 years old, divided into subgroups by age, sex BMI and physical activity level. The survey questions assessed pain, personal and family history of arthritis, surgical history, running volume, personal record time, risk factors and current running status. The results were then compared with National Center for Health Statistics’ information for a matched group of the US population who were not marathon runners.

What the authors of the study found is that while age, family history and surgical history independently predicted an increased risk for hip and knee arthritis in active marathoners, there was no correlation with running history. In the researcher’s cohort study, the arthritis rate of active marathoners was below that of the general US population.

While the authors conclude that longitudinal follow-up is needed to determine the effects of marathon running on developing future knee and hip arthritis, it’s a hopeful and encouraging finding for long-distance runners. 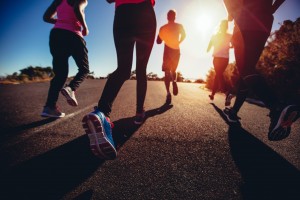 For those who always struggled with running or were never able to commit to a consistent running routine, it
turns out your best running days might still be ahead of you.
New research reveals that recreational runners might not peak until they’re 50, compared to elite runners, whose performance starts to decline when they hit 35.

The study, summarized in the Washington Post, examined 16 years of data from the Chicago, New York, and Boston marathons. While the fastest runners, both male and female, are between 25 and 34, those who ran competitively started to lag after 35.

This is partly because when we turn 35, our muscle mass, bone density, and maximal aerobic capacity starts to decrease. In turn, we are less able to sustain high-intensity exercise and the amount we spend training might start to diminish, if we trained at all.

The scientists view the recreational runner’s tendency to veer away from training that’s too difficult or intense as a boon. Since his or her physiological limits haven’t been tested, his or her fitness level can be cultivated for the next ten years, helping negate the impacts of aging.

However, older recreational runners should remember they’re no longer in their twenties and they shouldn’t run like they are. Interval training helps cultivate endurance and speed, a more effective combination than running the same distance at the same speed. The benefits of recovery should also not be overlooked, especially as we age and the body needs rest to restore and protect against injury. If you’ve struggled with joint pain or an orthopedic issue, it may be best to consult with an orthopedic surgeon before beginning a training regime.

From reducing anxiety to preventing obesity, stroke, and some types of cancer, the health and exercise benefits of running make it a worthwhile pursuit to pick up, whether you’re 25 or 45.

Is joint pain impacting your ability to lead a healthy life? Contact Dr. Stickney, a Kirkland orthopedic surgeon, today. An expert in sports medicine, knee surgery and hip replacement, he can help combat pain and return you to an active lifestyle. 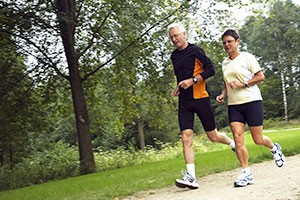 One of the most common myths around running is the toll it can take on your knees as you get older. Both runner and non-runners generally promote the claim that  exercise causes the cartilage around your joints to deteriorate, leading to arthritis and possibly necessitating treatment by an orthopedic surgeon. However, recent research has shown that it can actually be beneficial for your body and joints, warding off arthritis in the future. Researchers from Brigham Young University have found that running changes the joint’s biochemical environment so it functions better, longer.

Various studies have followed runners throughout lengthy periods of time to determine that they are less likely to develop osteoarthritis than their non-runner peers, but until now, why this is has only been conjecture. Sports medicine experts speculated this was due to a lower body mass putting less strain on the knees, but little work had been done to isolate the impacts of running on joint health.

The team at BYU studied fifteen male and female volunteers, all of whom were runners, under 30, and had no history of arthritis. The researchers collected a small amount of blood and synovial fluid, a fluid that lubricates joints, from each volunteer — the healthier the joint, the lower the amount of synovial fluid present. They also looked at specific substances within the knee, including cartilage oligomeric matrix protein (COMP), usually a marker of arthritis and present in higher levels in unhealthy knees, and other inflammatory molecules.

The volunteers ran for 30 minutes and sat for the same period, each session occurring on separate days. When the volunteers ran, higher COMP levels were observed in the blood than the synovial fluid, indicating that exercise pushed the substance into their blood and out of the joint. However, when sitting for only 30 minutes, the amount of COMP and inflammatory molecules was raised.

This suggests that even half an hour of exercise alters the knee, lowering inflammation and substances that indicate arthritis. However, sitting for that same amount of time also changes the knee, and not for the better. It could make the joints biochemically more vulnerable to diseases in the future.

The researchers, who published their findings in the European Journal of Applied Physiology, hope to study older or injured runners to see if their knees have fundamental differences from young, healthy joints, and how running might impact them.

It’s no secret that incorporating physical activity into your lifestyle helps stave off heart disease and contributes to longevity while 11% of early deaths in the US can be attributed to physical inactivity. However, recent research from the University of Texas at Austin shows that getting exercise doesn’t alleviate health risks if you’re also sitting for long stretches of the day.

The study, published in The American Journal of Physiology – Endocrinology and Metabolism, followed a group of young male volunteers and is one of the first to look at people who work out but spend prolonged periods sitting. The men were active — sitting for about eight hours every day while averaging 17,000 steps daily — for four days in a row and sedentary — sitting for 14 hours a day — for the following four days.

Earlier studies have shown how exercise — specifically, running for an hour — can offset high-fat, sugary meals by reducing triglycerides, or fats linked to heart disease that enter the bloodstream after eating. During the volunteer’s active days, the research team observed this phenomenon, although when the volunteers did the same workout during their sedentary days, running didn’t offset the high levels of triglycerides.

According to Edward F. Coyle, senior author of the study and a University of Texas professor of kinesiology and health education: “So much sitting seems to have made the men’s bodies exercise-resistant.”

The researchers theorize that so much inactivity changed the volunteer’s physiology, blocking exercises from increasing the metabolism of fat. Essentially, the men’s bodies were functioning as though they weren’t working out at all.

However, there is hope for those of us constrained to our desks during the workday. While one high-intensity workout might not help after a long period of sitting, moving frequently throughout the day promotes the same benefits we’ve come to associate with an active lifestyle. Future experiments will look at the physiological processes and how these results might vary across different demographic groups, but this research emphasizes the importance of being active, even if it’s just a walk around the office at regular intervals.

If joint pain is preventing you from living an active lifestyle, contact Dr. Stickney, a Kirkland orthopedic surgeon and sports medicine expert specializing in procedures including knee arthroscopy and shoulder replacement, to learn what treatment options are best for you. 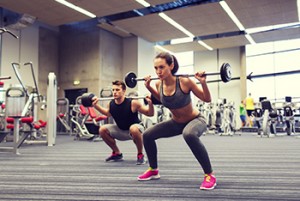 Did you know that just like the rest of your body, the brain also requires physical exercise for its healthy development and functioning? According to the findings of an exceptional study recently conducted on rats, some kinds of exercise could have a larger bulking-up impact on our brains than others. For the first time ever, researchers compared head-to-head the neurological effect of various forms of exercise: running, weight-lifting and high-intensity interval training (HIIT), with the astonishing findings suggesting that training hard may actually not be the best choice for the long-term health of our brains.
END_OF_DOCUMENT_TOKEN_TO_BE_REPLACED

Runners rely on mobility when hitting the track or trail on any given day. Running is a high-impact activity that relies not only on your legs to move, but also your hips; and according to the American College of Sports Medicine, about 500,000 hip replacement surgeries occur yearly in the United States. 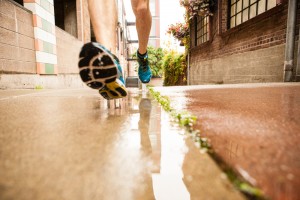 According to Dr. Stickney, “The decision on whether to have hip replacement should be a cooperative decision between you, your family and your orthopedic surgeon. After review of your symptoms, x-rays, and your personal expectations, recommendation for surgery is based primarily on the extent of pain and disability, and not on age or necessarily x-ray findings.”

The hip is one of the body’s normal weight-bearing joints made up of a ball and socket frame covered by articular cartilage, lined with synovial membrane that produces the lubricating fluid for movement. Over time, wear and tear of the ball and socket causes the pain and can lead to osteoarthritis and traumatic arthritis.

Running after hip replacement requires hip postoperative rehabilitation, physical therapy and a graduated activity program to avoid stiffness as well as build stamina and strength. Below are some tips on how to build up to your normal running pace:

Dr. Stickney specializes in hip, knee and shoulder surgery in his Kirkland and Redmond locations. If you are a runner considering a hip replacement, contact Dr. Stickney at (425) 823-4000 to schedule an appointment or email him at ProOrthoAppointment@proliancesurgeons.com.   Watch Dr. Stickney’s video and learn more about hip replacement surgery.