What to Expect After a Meniscectomy 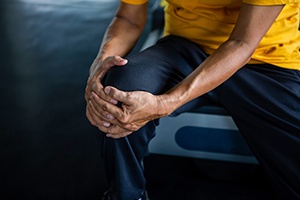 When it comes to meniscal injuries, many patients have little knowledge about the types of treatment options available and their outcomes.  The meniscus, a significant cushion or shock absorber in your knee, is a c-shaped disc of soft cartilage that sits between the femur and the tibia.  When the knee meniscus tears, the cushioning effect diminishes and can cause knee pain and arthritis, eventually requiring treatment. One option is a meniscectomy, a surgical removal of all or part of a torn knee meniscus. A survey conducted by Brophy et al of 253 patients evaluated for meniscal pathology found 62 percent rated their knowledge of the meniscus as “little or none,” and another 28 percent had no idea that meniscectomy procedure–and not a meniscal repair–is the most common surgical treatment for surgical repair. Did you know that?

Since many meniscal tears can require surgical intervention, there’s a clear need to educate patients on options and postoperative considerations: overall outcomes, the risk of needing a subsequent surgery, the ability to return to sport (RTS), the postoperative risk of developing osteoarthritis (OA), the risk of progression to total knee arthroscopy (TKA). Meniscus tear can also affect knee stability, particularly when combined with an anterior cruciate ligament (ACL) injury. A group of doctors at the University of Colorado School of Medicine in Aurora reviewed the current literature on postoperative considerations to help orthopedic surgeons educate their patients on post-meniscectomy expectations.

If you would like to learn more about meniscal injuries or understand post-surgical outcomes related to meniscectomy, please contact our office. We’ll help you return to your healthy, pain-free lifestyle.